Build your home around what's important to you.

It takes so much more than bricks and mortar to make a home. Our definition of true luxury is living in an abode which suits your lifestyle, your vision and your culture and rituals. Whether your daily routine incorporates exercise, gourmet cooking or prayer, the Hall & Hart team will work with you closely to bring your dreams to life.

The Prakeshes had long been dreaming of a home which factored in their traditional Indian customs and cultural beliefs. The knockdown rebuild project in North Strathfield became a passion project for the whole Hall & Hart team, as we worked with the couple to build a home which perfectly reflected their characters and lifestyle. 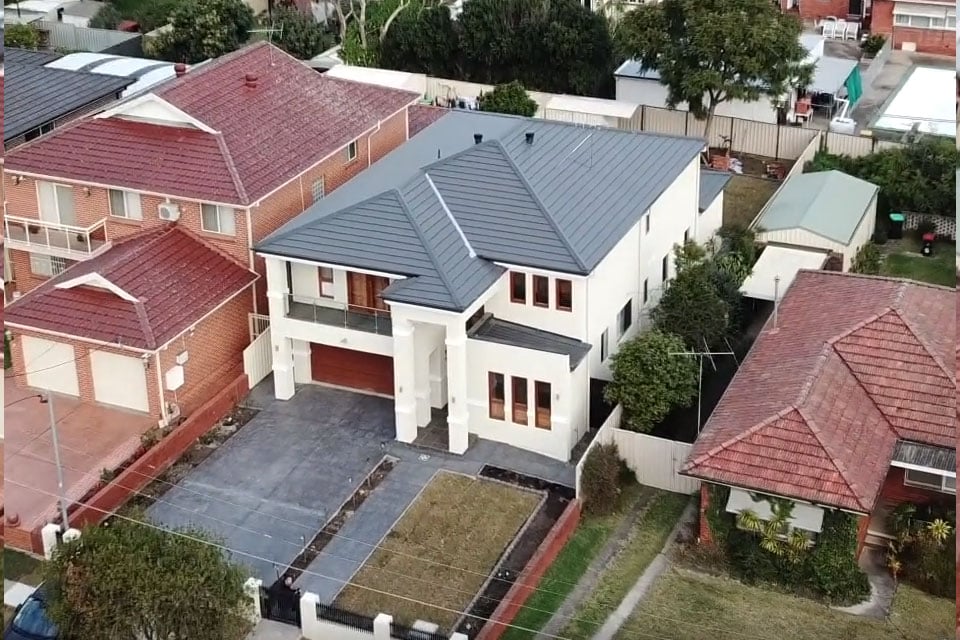 When the couple first visited our display homes in Kellyville, they fell instantly in love with the Elyse. With its striking grand entrance, high ceilings and elegant light features, the Elyse is an incredibly livable home with plenty of space for privacy.

Special touches such as a butler’s pantry with garage access and a grand alfresco area also make it a wonderful home for entertaining. 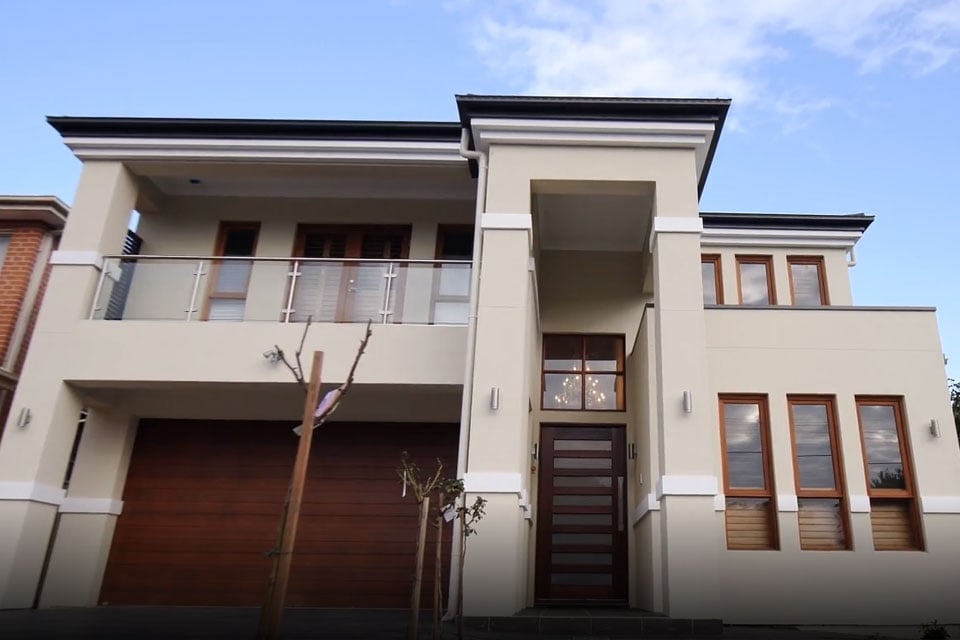 “As soon as we entered, we saw the high ceilings with the chandelier, and we thought it was very impressive,” says Mrs Prakesh. 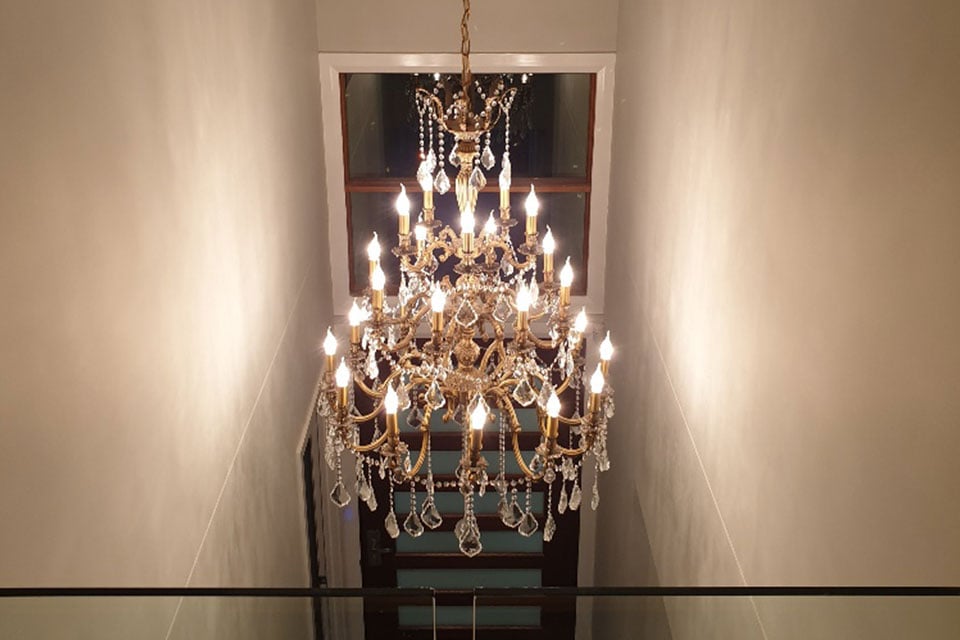 The Prakeshes worked with our design team at Studio You to ensure they selected the right mix of materials that would achieve an aesthetic that reflected their personalities.

“With the selections process, they were very detailed about where we should go and what we should do. It was very helpful.”

Customisation, with a cultural touch

We also helped the couple customise the home for their traditional Indian customs, tailoring the Elyse’s design to make space for a prayer room.

“When we asked if they could accommodate a prayer room, they immediately said ‘why not?’ Some areas were taken from both the study room and bedroom to free up space for a special prayer room.” 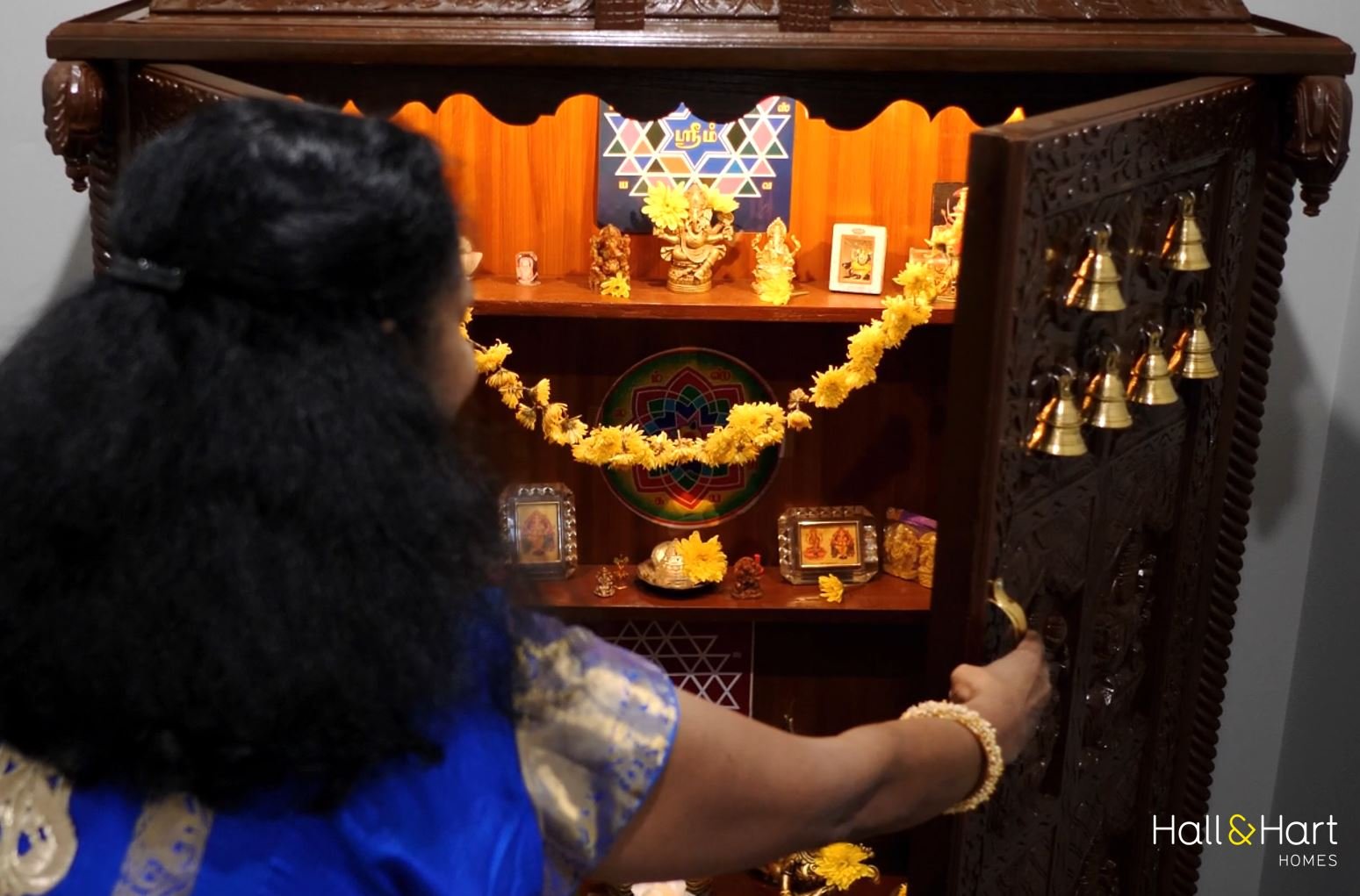 Having this sanctuary made a huge difference to the couple, as did the accommodation for traditional Indian furniture, which can be quite heavy and require extra structural planning.

“I was very particular that we wanted a traditional Indian swing – and John said, yes, for sure, we can make that happen!”

To ensure they’d have no problems with the installation or safety issues down the track, we made sure that the structure of the house was strong enough to support the 300kg swing. This was imported from India and is both beautifully ornamental and functional. The Prakeshes were then able to install it safely after the construction was finished. 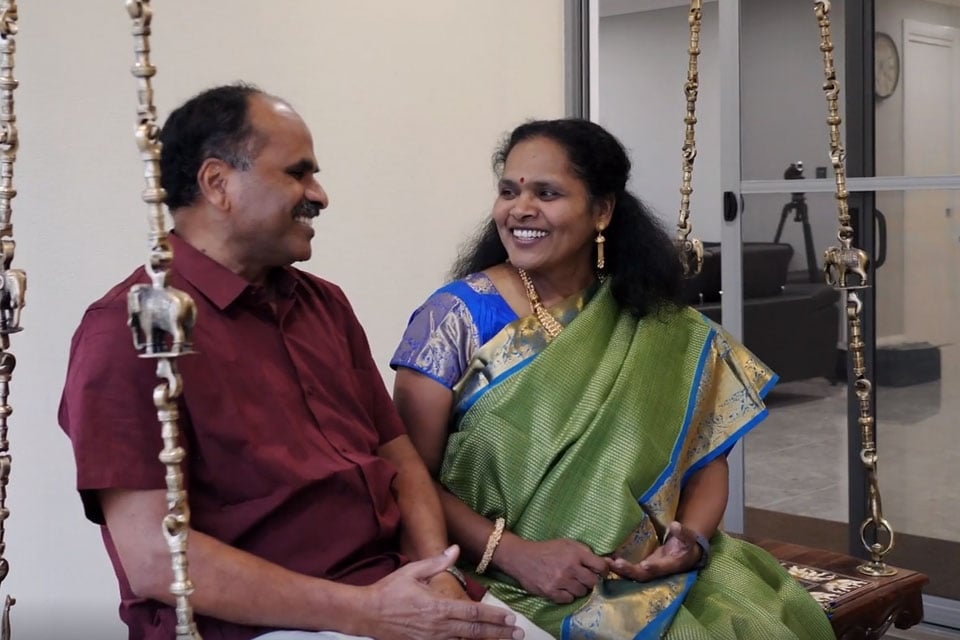 Building a you home

This personalised approach is a fundamental differentiator between Hall & Hart Homes and other builders. Whether you have a complex block that requires design changes or cultural additions you would like to make, you’ll work with your very own Architectural Designer and consult with our team of experts, which include town planners, interior decorators and estimators.

We’ll also ensure that your tender quote factors in every variation and possible cost, so that there won’t be any expensive surprises later on. 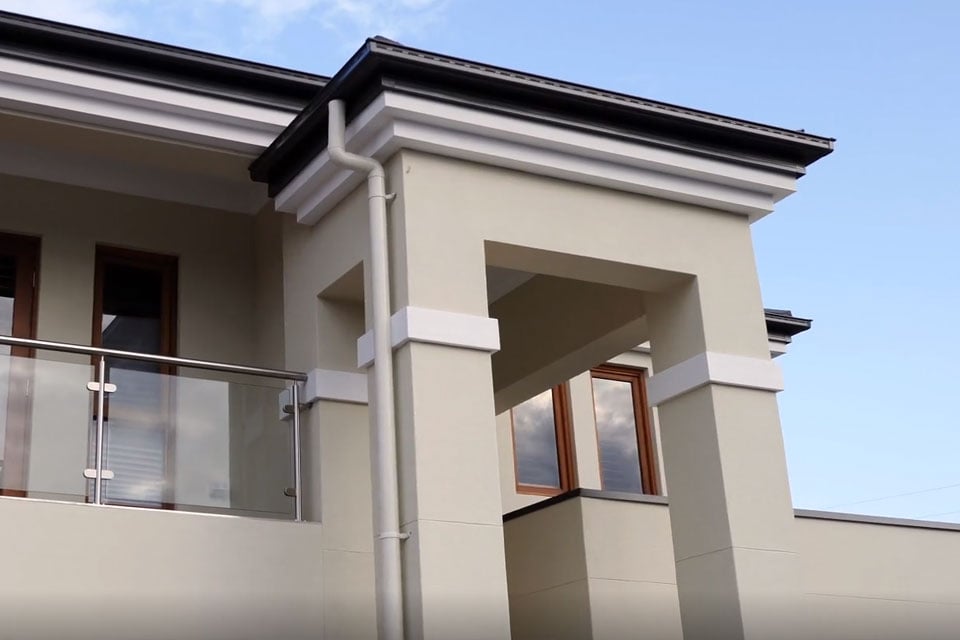 “The experience from the beginning to end was outstanding,” says Mr Prakesh. “They were upfront and calibrated exactly how much it was going to cost, so there was no problem.”

Even our directors are hands on! You’ll have the whole team behind you from the start, helping to build a you home.

We loved being involved in the cultural ceremonies the Prakeshes held as part of the build. Firstly, a Bhoomi Pooja ceremony was held before construction commenced to attract the blessing of the holy gods and goddesses and to consecrate the home. 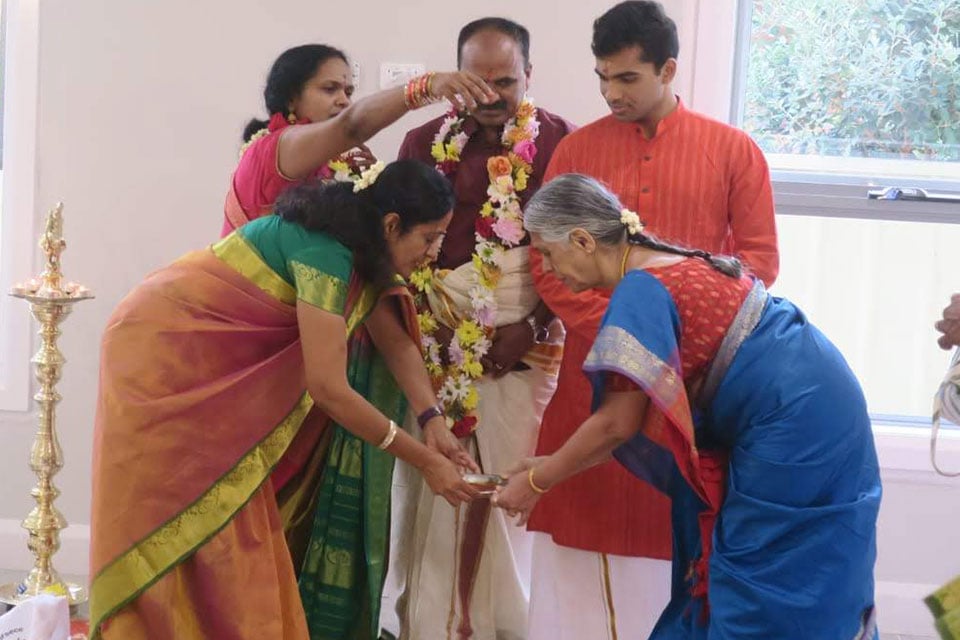 After completion, the Prakeshes invited family and friends to the traditional Indian house-warming ceremony, or Grihapravesham. This ceremony is an important consecration for a new structure in Indian culture, which makes the space come alive with an enhanced life energy and moves its inhabitants towards wellbeing.

It was a huge, vibrant party at the beautiful new Prakesh dwelling, with relatives and friends coming from India to celebrate. Their Hall & Hart project manager also made an appearance!

We were honoured to be part of the Prakeshes’ journey towards their dream home. 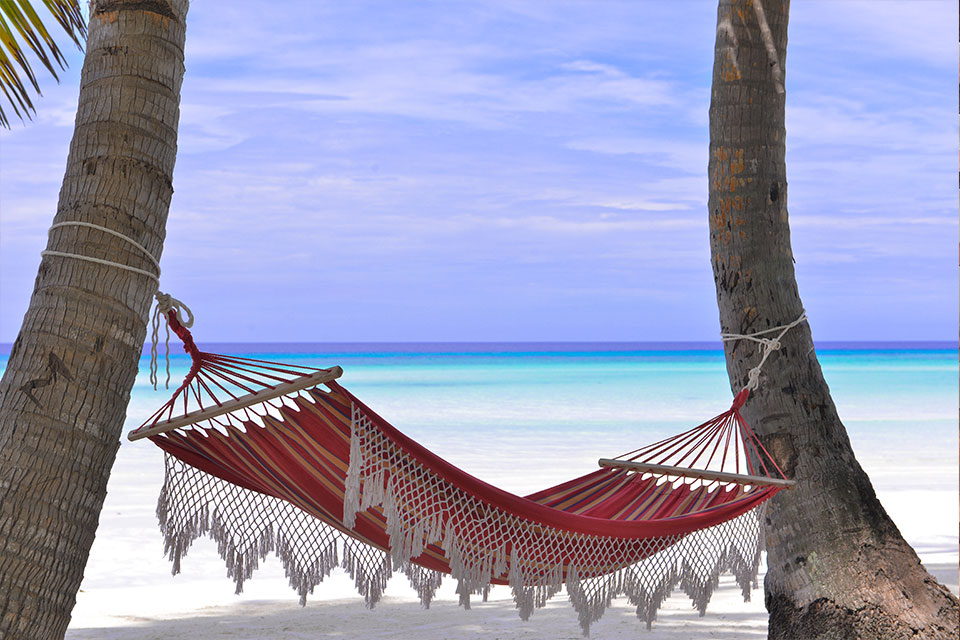 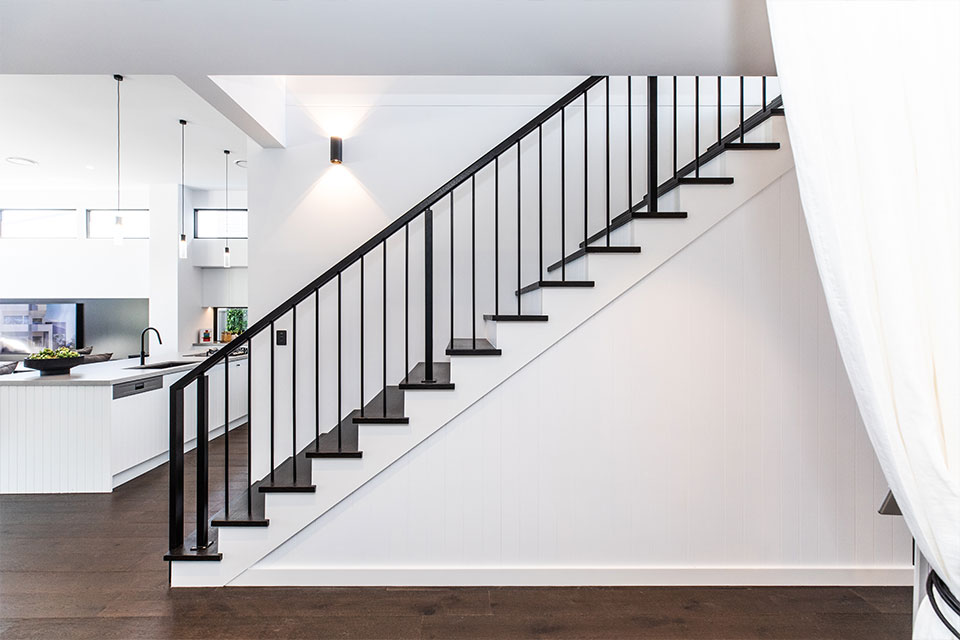